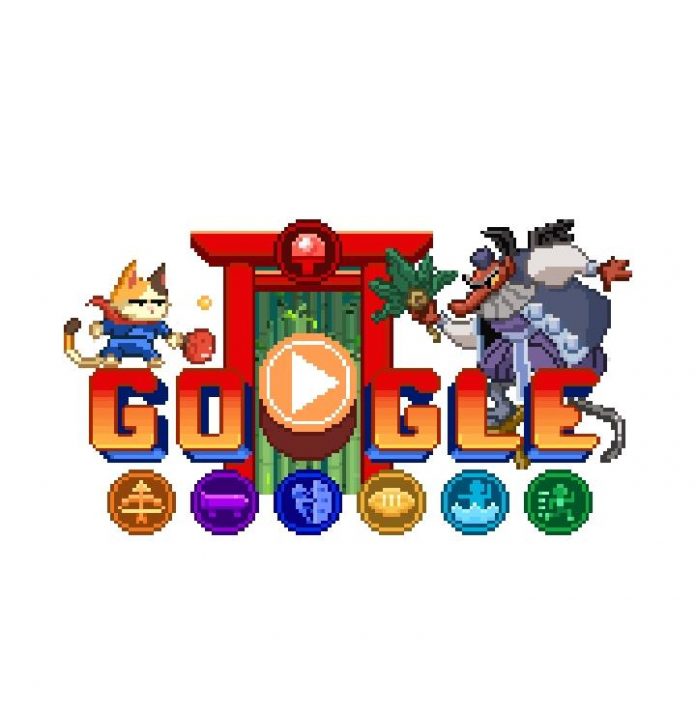 you can play online as well as offline on pc and mac and even on smartphones having the google search engine installed or having a google chrome browser can even work for playing of popular google doodle games on any device available. Now you don’t even require to install any browser these days you can just visit google.com an official website of google and type in any of these keywords Below on the search bar of google

Definetley Yes, All games can be played on google online mode via internet.

The List Of 31 Most Popular Google Doodle Vedio Games;

2. Rubik’s Cube
The Most Popular game of cube by solving the matched colours in the rubik’s cube and gaining scores by solving faster ,the more the quicker more the points

3.Coding Game
In this you need to join in the puzzle like game inorder for the duck to reach is destiny.

4.Fischinger game
In this game there is some thrill by catching fishes ,it not that easy go and try yourself!

5.Rockmore Game
In this game you need to repeat what the rockmore tell you go have a look by playing!

6.Garden Genomes Game
Today’s Google Doodle game is about garden genomes. (Google). The Covid-19 outbreak has made social distancing the new norm of living. Making up the lawn is a big task go try it out!

7.Scoville Google Game
In this you are in a crazy fight with the capsicum or chilly with an icecream lets see who wins!

8.Hip Hop Game Google
In this you need to recreate the hip hop scenes and music dance moves go try yourself!

9.Google Halloween 2019
this is one of the most played google games from what we’ve found out. Maybe it’s a bit popular with some age grade but surely it ranks among the Popular Google Doodle Games

10.Google Loteria
Celebrating the Mexican Card By playing with the matching cards go and have a look!

11.Google Slalom Canoe
This game depicted on the canoeing event in which you row the boat in the river ,the first one to reach wins the race so go try and test your limits!

12. Google Doodle Soccer
Toping our list of Popular Google Doodle Games is soccer. Undoubtedly the most popular sports around the world but that of google is quite different. It is a two players game, just a player and the goalkeeper. It involves a kick and catch session like a penalty shootout. Mostly played amongst the younger age grade, however, big guys still have fun playing these games, mostly soccer. Play Google Doodle Soccer Here.

13. Slalom Canoe Game
I thought kids would really enjoy this, but what do I know? I really had a good time playing this for the first time and I hope you will too. You wanna go check out the amazing Slalom Canoe? Then have fun. These are the Best google Doodles Games to Play.

16. Google Doodle Games Swimming
The original idea about Google Doodle Swimming was to create something similar to that of Olympic swimming. But believe me, the graphics and scene I saw are far from what they intended. This is the only Google game I can’t play as the player only lies in the pool without moving; isn’t it funny? Well, you can try it yourself – Play Google Doodle Swimming Here.

17. Google Doodle Baseball
It is time to showcase your baseball skills on the google virtual platform. I’m not a lover or follower of baseball so don’t ask me anything about this game. I barely had more than just a toast at this game, meanwhile, this is the most celebrated among Google Doodle gamers so far. I think the features are far better as compared to what we see in other games especially swimming. You wanna try the Google Doodle Baseball Out? Then go check it out Falla.

19. Google Doodle Cricket
This is a very popular game in India, United Kingdom, USA, the Philippines, and Bangladesh. However, this is the virtual version of it made by google. So, even countries who are not really popular for the game can go around enjoying this too. I think this is one Google game that comes with numerous series including ICC 2017 Women’s Cricket World Cup, ICC – Finals – England v West Indies, ICC Champions Trophy 2017 and more to choose from. Try the Doodle Cricket yourself.

20. Doctor WHO Google Doodle
This is played by my younger ones back home and I don’t know anything about this game I must say. How it turn out to be their popular google doodle game still marvels me. This game is most appreciated among kids across the US and other parts of the world and I doubt if adult plays it too. Try out the Doctor WHO Google Doodle game yourself.

21. Archery Athens Olympic Game
We rank this based on its popularity and playability. This is enjoyed by everyone just like soccer. Unlike some on this list that is mostly played by kids, archery is enjoyed by plenty. It involves throwing the arch on the set target, I have tried a couple of times and actually enjoyed it as well.

22 Google Fencing
Can you touch your opponent with the magic stick? Then you must be in love with the doodle Fencing. The Chinese and Japanese are very popular for this game-winning lots of medals in the Olympics. However, this is created for fans of the game who may not really have those facilities or the opportunity to play in real life. The google doodle fencing is for you baby.

23. Google Games Javelin
Remember we are raking these games base on their popularity on the google doodle platform. Javalin comes just outside the top 10. We place this base on the data gathered as a result of the search results from users across the world. The game features just a single-player, allowing you to test your throwing strength on the screen. Really fun though and one of my favorite.

24. Google Guitar
Google guitar occupies the twelfth spot in our Popular Google Doodle Game to play. The truth is, I don’t really fancy this game at all. Surprisingly, it is one of the most popular and most played around the world; maybe by the younger generation. Maybe you need to try it yourself.As there are Plethora of list of doodle video games

25. Google Snake Game
You probably would be wondering why this very game did not make it to the top 10, I am surprised too. The features and graphics look like that of Nokia 200 back then. Nice and easy to follow interface that could be enjoyed by young and adults.

26. Google Underwater
Google Underwater is a game with flying fishes (mostly sharks) underwater. The target is to get the hidden treasure that they tag impossible. I tried playing this game a couple of times and gave up in the end when failing to hit the target after several attempts. I doubt many people have conquered this very game but few have though. You wanna go try this out? this is Google Underwater.

27. Google Doodle Diving Game
Still in its static mode, maybe still under development with google. Just a picture of a woman standing on the diving podium smiling at you. Just go check it out yourself.

28. Google Doodle Games Alien
The doodle marking the 66th Anniversary of the Roswell Incident tells the story of an alien, who, despite having mastered interstellar space travel, appears less than adept at making a smooth landing on Earth. Items and NPCs are indicated by sticky notes in this version of the game. You can go and try your brain out this time.

29. Google Doodle Hurdles
This is the game I enjoy the most from google doodle platform. Looks quite real like the normal huddle you know, but I’m still yet to get past a single huddle without falling one. Funny right? Just maybe I’m not the best playing it but trust me, this ranks among the Most Popular Google Doodle Games on the platform.

30. Google Doodle Golf Game
The Google Doodle Golf Game isn’t that popular in my city, I mean, people around me don’t regularly play it and you can see why it is being placed on the 18th spot. This is quite surprising as against what many will expect from a popular golf game that is admired across the world and many more list of doodle video games available .

31. Google T-Rex Run
This is a hidden Google dinosaur game that can be played online by everyone. The T-Rex run game is just a twisted series of run across a plain platform. Not the most interesting and you can see where it ranks on our list.